The Court of Appeal have, today, reversed the High Court decision in February 2017 not to award damages to three claimants for malicious prosecution and misfeasance in public office following the collapse of their murder trial in March 2012.

Mr Justice Mitting in the High Court in 2017 that found David Cook, a former Detective Chief Superintendent with the Metropolitan Police and the former face of BBC TV’s ‘Crimewatch’ had committed acts that perverted the course of justice.

Cook, in breach of police protocol, prompted Gary Eaton, a ‘supergrass’ witness and career criminal, to concoct an eye witness account of the murder of Daniel Morgan. Despite coming to this extraordinary conclusion, three of the four claimants were not compensated.

In March 1987, the body of Daniel Morgan was found in the car park of the Golden Eagle Pub in East London with the murder weapon, an axe, still imbedded in his face. This horrendous murder was the subject of a number of failed police investigations, many of which were mired in allegations of police corruption and have led to a sustained campaign by his family to uncover the truth.

In the High Court, Mr Justice Mitting found that Eaton, the police star witness, was not present at the scene of the murder at all. His account was a fabrication. Despite this, and his findings that Cook’s contact with and prompting of Eaton made him ‘guilty’ of perverting the course of justice, he nevertheless found that the claims in malicious prosecution and misfeasance failed. Among other reasons, he felt that, despite his appalling behaviour, Cook believed that the claimants were in fact guilty and he felt that, despite his wrongdoing, the claimants would have been prosecuted anyway.

The Court of Appeal have reversed these findings.

On one of the key questions in malicious prosecution cases, the question of whether or not the prosecution was brought maliciously.

In finding that Cook lacked the necessary malice due to believing himself that the Claimants were in fact guilty of the murder, the decision of the High Court gave a green light to police officers manufacturing evidence and yet avoiding civil liability in damages for malicious prosecution. The Court of Appeal have identified that such a proposition cannot be allowed to stand as it is ‘a negation of the rule of law’ and would be ‘contrary to basic principles’ and any other conclusion would, in the eye so the public, defy common sense.

They also concluded that the criminal behaviour of Cook was such as to ‘taint’ the entire case. They found that ‘DCS Cook deliberately manipulated the CPS into taking a course which they would not otherwise have taken, The decision to prosecute was overborne and perverted”.” On this basis, the Claimants also succeeded in their claims for misfeasance in public office.

Quoting the judgement of Lady Justice King, ‘With respect to the very experienced Judge at first instance, Mitting J, the outcome which he reached, namely that although acting corruptly Cook was not also acting maliciously, may well appear to be counter intuitive to any ordinary member of the public. To say that Cook, a prosecutor guilty of perverting the course of justice by creating false evidence against the appellants, was, on account of his belief in their guilt, not acting maliciously, is rather like saying that Robin Hood was not guilty of theft….any seeming endorsement of such dishonest behaviour, particularly within the police force, leads to a serious and unacceptable negation of the rule of law.’

It seems extraordinary that the police chose to defend the criminal behaviour of DCS Cook following the damning conclusions expressed at the end of the criminal proceedings, long before these claims were brought.

Had they been convicted, it is likely that the Claimants would have spent the rest of their lives in prison. The factual findings of Mr Justice Mitting in the High Court with regard to Cook’s attempt to pervert the course of justice were inevitable.

Thankfully, the apparent reluctance of the High Court to draw the correct legal conclusions from Cook’s conduct has now been corrected.

However, the police budget, already under great strain, now faces paying increased damages and interest as well as greatly increased legal costs (including their own) likely to top two million pounds. 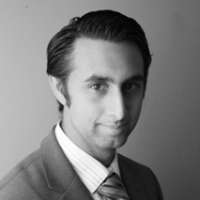