What rights do families have in s21A proceedings in the Court of Protection? 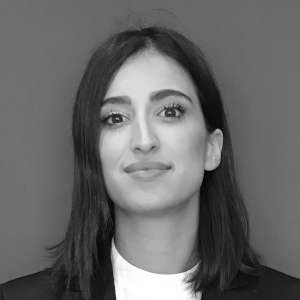 What are s.21A proceedings?

Section 21A proceedings are cases where there is a standard authorisation (restricting a persons liberty), under the Deprivation of Liberty Safeguards (DOLS), in place in relation to a person who is deemed to lack capacity to make decisions about where they should live and what care to receive. The person who lacks capacity is known as “P” in the proceedings. Section 21A Mental Capacity Act 2005 proceedings take place when P who is deprived of their liberty at a care home has expressed objections to their placement.

It is clear from the case of Re AJ [2015] EWCOP 5 that P’s Relevant (paid) Representative, s39D IMCA’s and local authorities all have positive obligations to assist P to challenge their deprivation of liberty in the court where appropriate and necessary. It was also established in that case that when P is clearly and consistently objecting to their care arrangement, an application to the Court of Protection ought to be made.

The Court of Protection is a court of England and Wales. The Court has a number of functions:

The court looks at all the evidence in reaching their decisions.  This includes considering P’s own wishes, the views of other relevant people, such those of family members, medical and social services records and sometimes independent expert opinions.

How can P’s relatives be involved in the proceedings?

However, it should be noted that if a family member of P behaves unreasonably in the proceedings such as to unnecessarily increase the costs of the other parties or waste court time, they may be subject to costs orders (i.e. ordered to pay another party’s costs). This is rare and their behaviour would have to be significantly unreasonable, but it is possible.

If a relative of P wishes to join the s.21A proceedings as a party, they will be asked to provide their own views in relation to P’s best interests regarding their residence and care.

Otherwise, if P’s family members do not wish to formally join the proceedings as a party, they could still be interested parties in the proceedings and permission could be sought for any information in relation to the proceedings to be shared with P’s family. P’s relatives could still file evidence with the court setting out their views. The only difference is they would not be as actively involved. For example, their agreement would not be necessary for an order to be filed with the court, and they may not see all of the documents in the case.

Can a family member act as P’s litigation friend?

In most cases where a P is subject to a standard authorisation, they are also found to lack capacity to instruct a solicitor themselves to conduct the Court of Protection proceedings. As such, they will need to have a litigation friend who will instruct solicitors on their behalf. P’s Relevant Representative (whether a paid representative or sometimes a family member) usually takes the role of the litigation friend in the first instance until proceedings are issued. However, the role of Paid Representatives, who are usually independent advocates, does not extend to continuing to provide instructions on behalf of P once the proceedings are issued and as such another person would need to take on that role for the remainder of the proceedings.